“My Hijab was never the problem; the problem was I was trying to fit into a society that was not made for me.” Halima… 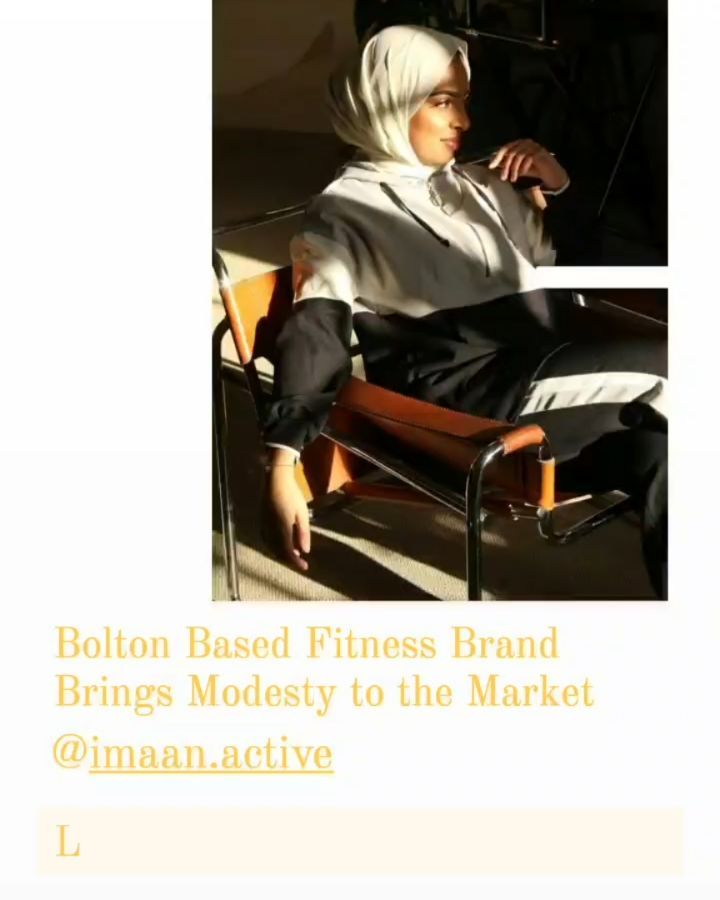 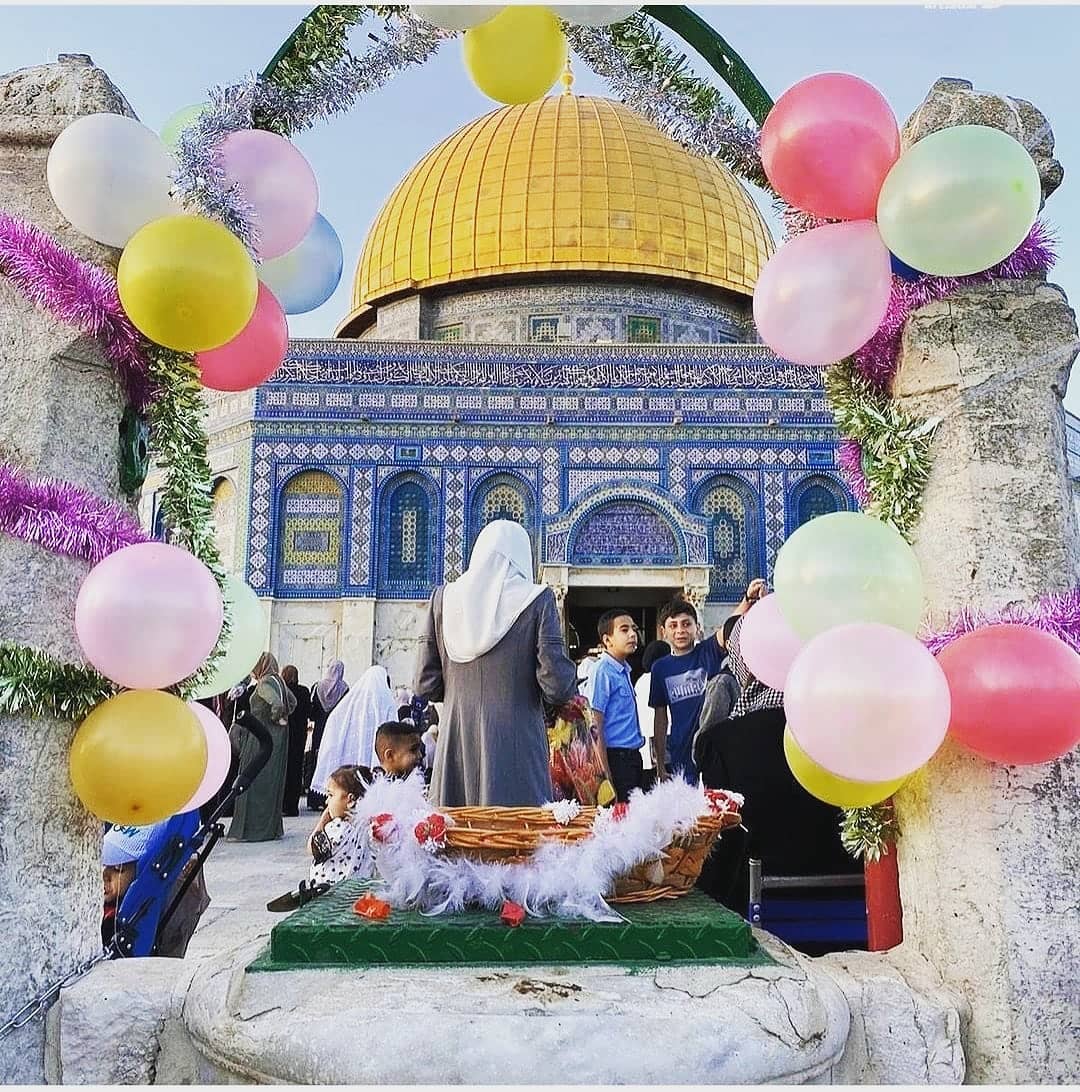 hijabiculture_
•
Follow
Eid Mubarak and please have a further read x After hearing and seeing all that has been going on in Palestine over the past month and the increase in attacks over the last couple of days, the holiest nights in the month of Ramadhan, as a muslim body we carry that pain with us- so when it comes to celebrating Eid it's not going to be easy to enjoy the day, knowing our brothers and sisters are being slaughtered and attacked. Had this been anywhere else in the world and not Muslim people, the world would be in uproar but Muslim lives do not matter to the Western world. Globally Muslims are seen as a problem, always seen as the oppressor and never the victim, even when Palestinian Muslims are living in an apartheid state and being killed, the media refuses to portray them as victims and displays this as a complex political issue rather than the simple matter that it is- Israel is ethnically cleansing Palestinian Muslims and is killing unarmed civillians and children. Remember the Palestinian Muslims today, remember them tomorrow and keep remembering their struggle and raise your voices because this will keep on happening until the leaders of the world, change the situation. Palestine belongs to the Palestinian 🇵🇸people #freepalestine #palestine #muslimlivesmatter #filistin #Palestine🇵🇸 #HijabiCulture
View on Instagram |
2/6 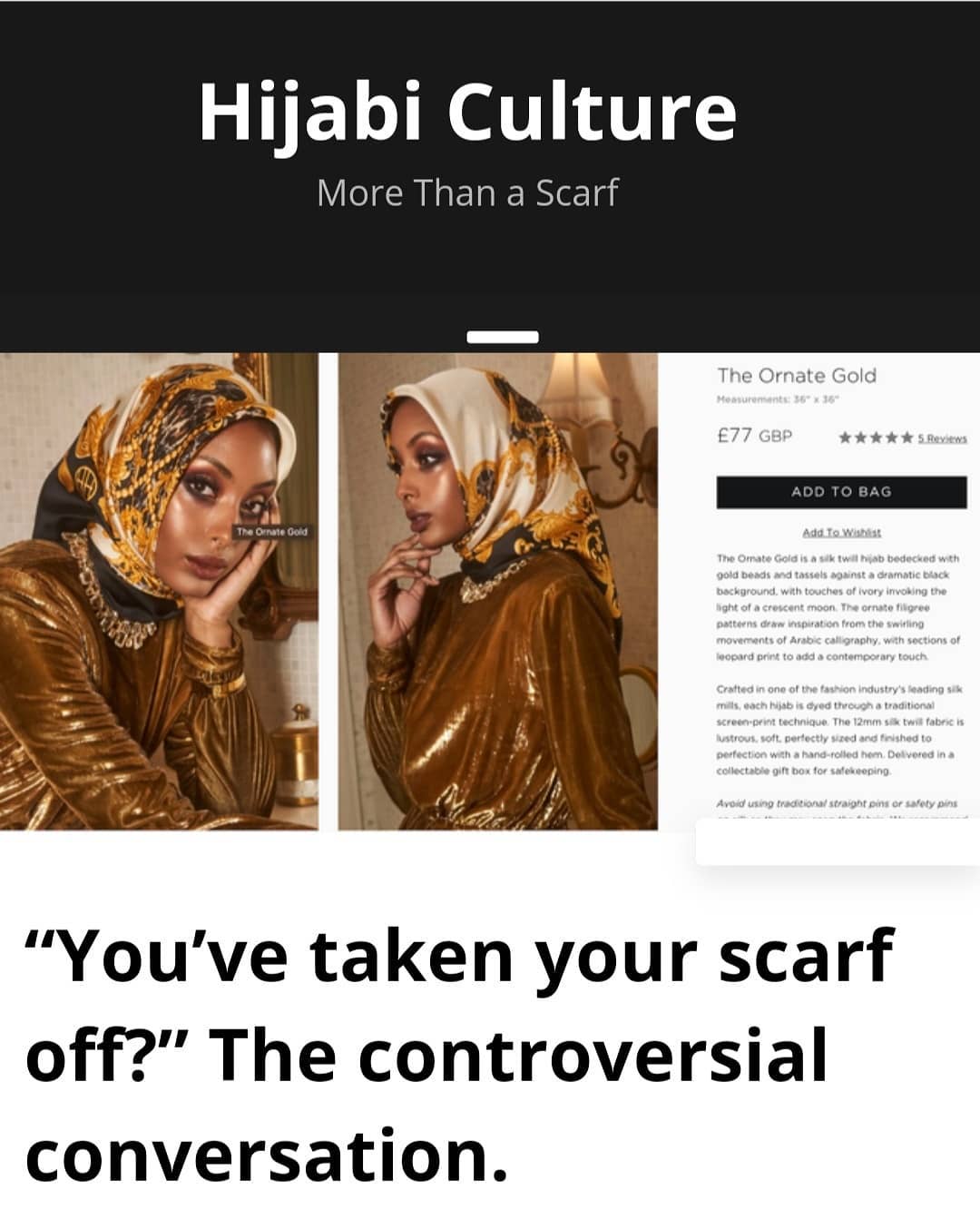 hijabiculture_
•
Follow
If everyone who doesn't wear a scarf and isn't affected can speak about it, why can't we? My honest opinion and view of influencer's taking off their scarf and the current notion on Hijab being seen as a fashion accessory. Link in bio! Share your views in the comments- it's good to disagree! #Hijab #muslim #influencer #influencerstyle #journalism #opinion #attitude
View on Instagram |
3/6 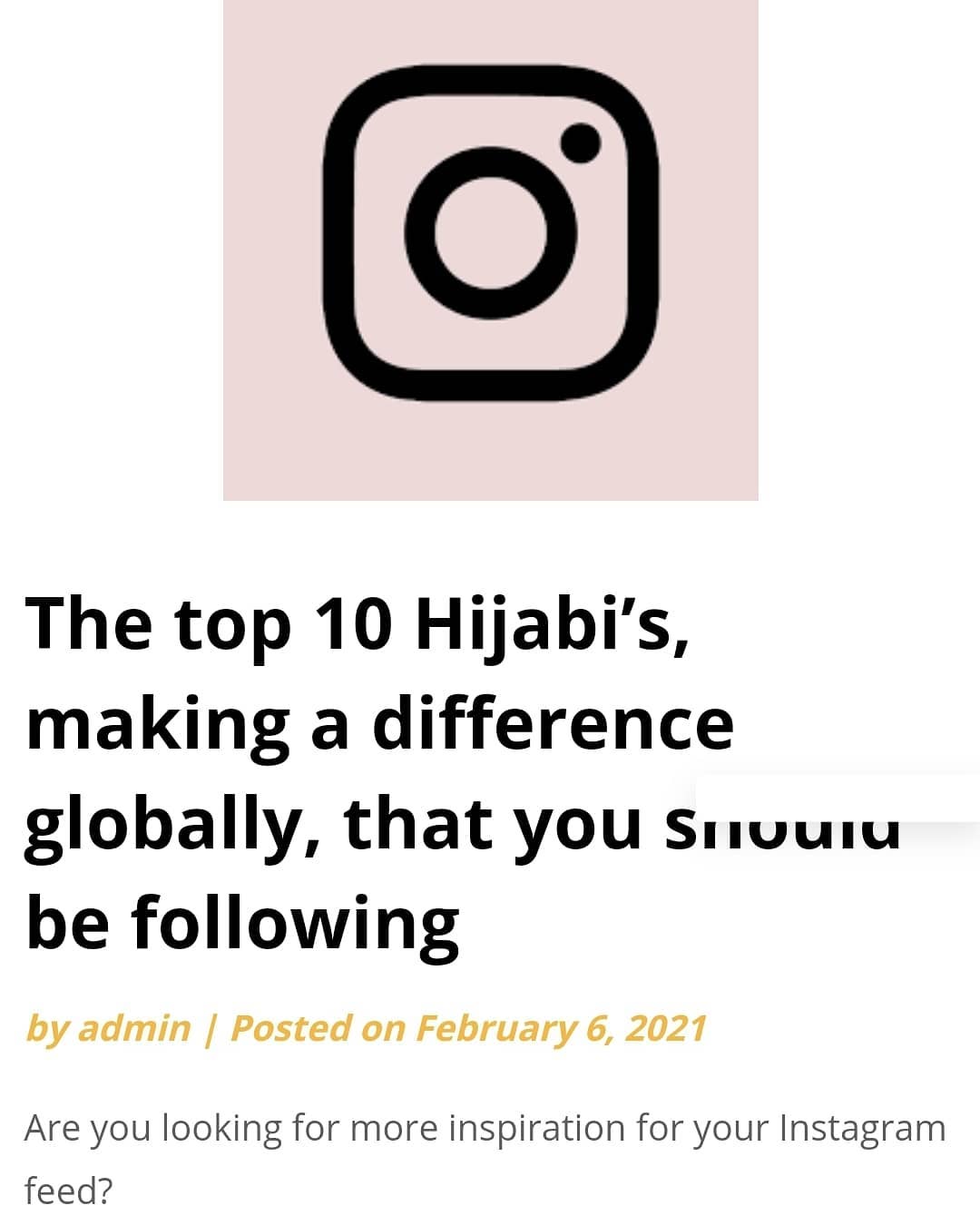 hijabiculture_
•
Follow
New post up on Hijabi Culture- make your Instagram a positive, motivational and inspirational place by following some of these amazing women who are set to change the world. Instagram can be a really negative place and it's important to make it a safe and secure place for both you and your mental head space. @ikramabdi @abdiya.iman @malala @mariahidrissi @ilhanmn @noor @nadiyajhussain @khadijah_mellah @sebinaah @nez__healthhub http://hijabiculture.com/uncategorized/the-top-10-hijabis-making-a-difference-globally-that-you-should-be-following/ #HijabiCulture #topten #hijabi #instagram #muslim #international #positive
View on Instagram |
4/6 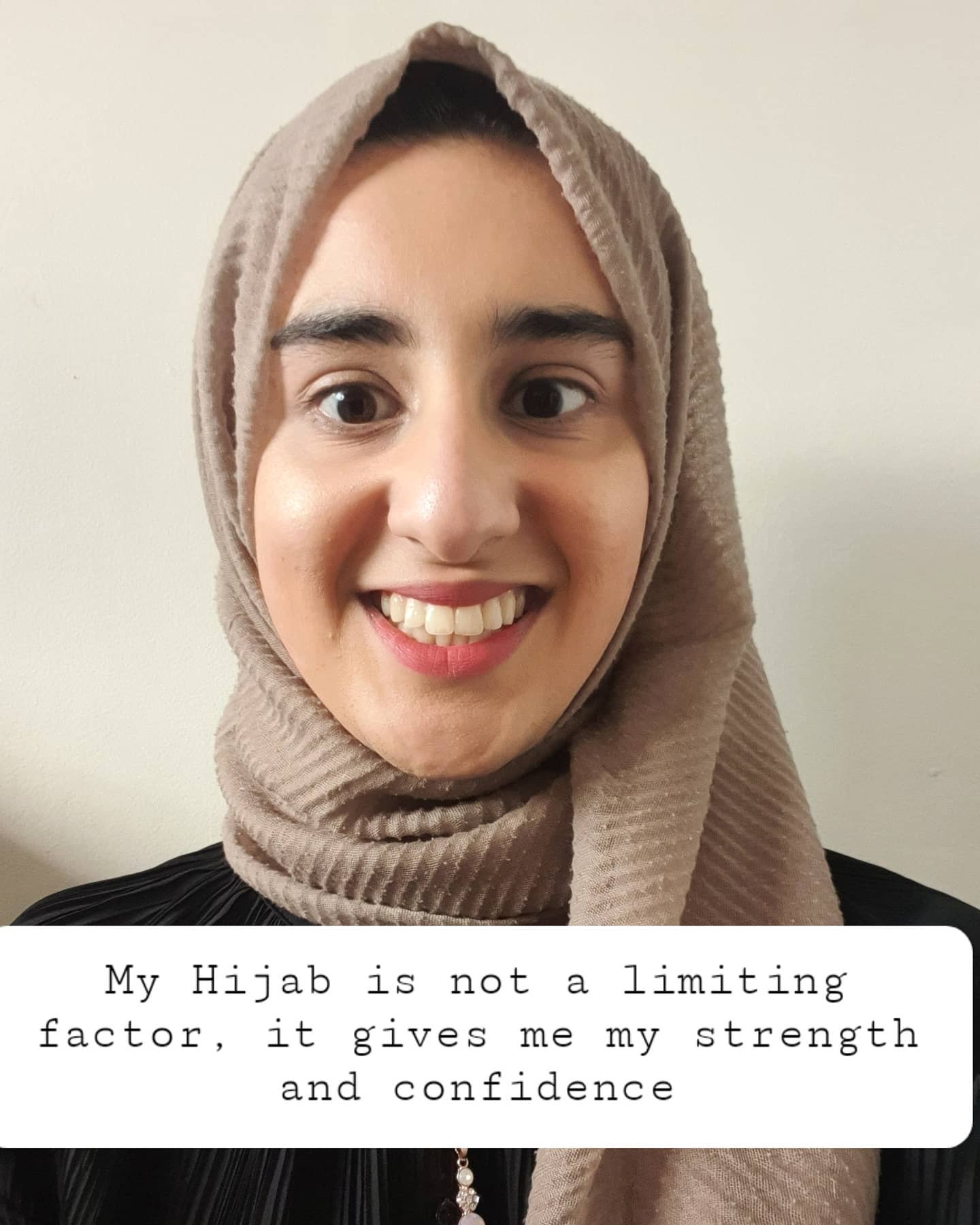 hijabiculture_
•
Follow
When people see me, the first thing they notice is the thin piece of fabric neatly wrapped around my head. They make an assumption and they stand as far back as politely possible, trying their best not to scream and run. They don't want to get to know me beyond the surface, they think my hijab is a political and violent message, a form of oppression; they think I'm a victim in all this but they never ask what it means to me. They don't know that it gives me confidence, without it i'd be lost. They don't understand that it's the best part of my identity, i'll never take it off. They don't know that it's my choice and my liberation from a world that imposes double standard dress regulations. Often, girls like me are put aside, we have to make a bigger effort to make ourselves known, for our voices to be heard. We have to show that there is more to us than our hijab and that we are still human beings just like them. Our hijab is not a limiting factor, it's a strength, it takes courage to be different, to know that you're going to receive stares; you know you're going to be a minority and even your own people will give you glares. We are more than the peice of cloth on our heads, we will not give in to stereotypical assumptions; we are socially and politically aware, we are emboldened and bright, we have just as strong opinions and morals, we have just as much drive to succeed- we are not llimited to the versions of 'us' you have seen portrayed in the media and soaps; we are real people who have made a choice! Haleema #worldHijabDay #hijab #HijabiCulture #endhijabophobia #muslim #muslimwomen
View on Instagram |
6/6
View on Instagram