Skip to Content
Home Feature The top 10 Hijabi’s, making a difference globally, that you should be following 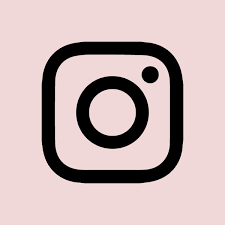 Are you looking for more inspiration for your Instagram feed?

Here are some of the most innovative and empowering Hijab-wearing women on Instagram that will educate and enlighten you about breaking boundaries in fashion, politics and fitness.

Malala Yousafzai is one of the most powerful scarf-wearing women in the world. Having graduated from the University of Oxford with a degree in Politics, Philosophy and economics, she is the youngest person to have ever won a Nobel Peace Prize. Malala has created an immense amount of change by providing access to education for young girls in developing countries and especially Pakistan.

Abidaya Iman is the creator and founder of Modest Fitness Week which took place In December 2020. Four days of fitness fun with insights from professionals across the board to help women seek the support they need to become fitter and more active, as well as learning about their bodies and health. Abdiya is also the co-founder of Moowda, an online ‘modest community,’ where you can buy from independent stores, sell, empower and inspire.

Nadiya Hussain, winner of the Great British Bake-off 2015 has gone on to feature in her own baking and cooking shows as well as releasing books. Nadiya was one of the first scarf-wearing women to appear on our screens and has opened the industry up for so many more.

Nesrine Dally also known as Nez_healthhub on Instagram is one of London’s best trainers according to the Evening Standard and Nike trainer. Nez works to diversify the sporting industry as a keen MMA fighter who participates in competitions. Nez is a truly inspiring individual who rocks a sports hijab and shows our scarf doesn’t hold us back.

Noor Tagouri, an award-winning journalist and activist is a key player in shaping the narrative surrounding Muslim women in the media. Noor uses her platform to raise awareness for issues within her community and the wider world. She has created her own company ‘At your Service’ and looks to fill the gap and provide content for her audience. Noor was very vocal and active during the US presidential election, inviting a range of guests to speak on her platform.

Mariah Idrissi is a British model, who featured in multinational retailer H&M’s advert in 2015 as part of their modest fashion campaign. Since her claim to fame, Idrissi has participated in a number of other campaigns and used her Hijab to create a new narrative that it is a form of self-expression.

Ilhan Omar is an American politician serving as the representative for Minnesota. She was one of the first Muslim women elected to Congress and is said to have achieved the ‘American Dream,’ having come to the US as a refugee from Somalia. Ilhan fought to change a 181-year-old ban on headwear in the House of Representatives, allowing her to wear her Hijab whilst taking her oath.

Khadijah Mellah, 20, was the first Hijab-wearing jockey in a competitive British horse race and though it was her first time she won the Magnolia Cup on her Mount Haverland. Khadijah was named young sportswoman of the year in 2019. Khadijah has inspired a whole generation of young girls.

Sebinah Hussain is a YouTuber, blogger who has featured in Vogue Arabia. She has been a key player in the modest fashion industry and given talks in London, Istanbul and Dubai. Sebinah started what was once a community in the corner of the Internet but has since expanded her audience as her interests and life have changed over the years.

Ikram Abdi Omar is the first Hijab-wearing model to feature on the cover of Vogue at the age of 21 and has become an advocate for diversity within the industry as Halima Aden quit runways at the end of last year. Dressing modestly doesn’t mean that you can’t be fashionable. She focuses on her Hijab as a source of confidence and her choice to wear it and do something she loves.

Let me know if I’ve missed anyone off the list and who you really look up to.